These teapots are post-war as most of them have the Sadler  banner handstamp on the underside of the teapots.  It is interesting that they seem to have been produced over a relatively short period of time using a variegated glaze and they normally have a 7 hole strainer not the standard 5 holes.  These were made by decorating with a sponge with or without a second glaze colour.  I initially thought that they were the product of a special Pilkington eutectic glaze with constituents of different melting points.  The argument against this is the glaze inside the pots and difficult to reach places like under the handle is not variegated.  Thanks to Peter Clark for pointing this out to me. They were made in four principal colour combinations yellow/orange, green/light green, pale blue/ green and deeper blue/light blue.

There is considerable variation in the appearance of these teapots depending on the principal colour and the intensity of contrast. 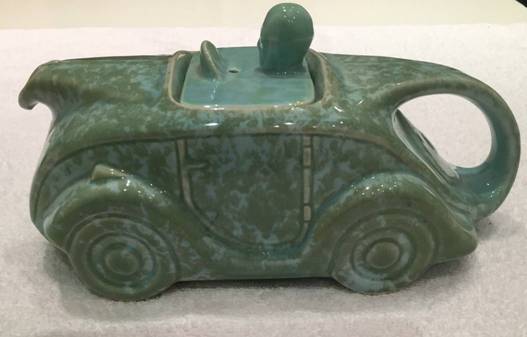 Plus occasionally there is the chance of other glaze problems like the introduction of a third colour for example pink into the combination. 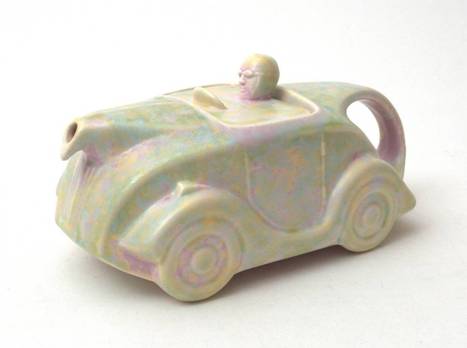 I have seen a few mottled pots with lustre, these are extremely scarce. 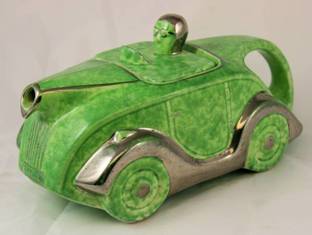 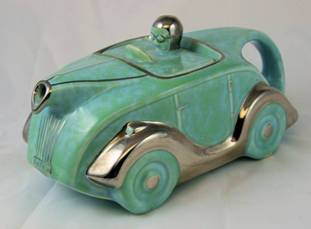 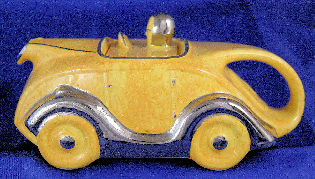 Recently there appeared in a mixed lot of bric-brac via a  provincial auction  a  mottled pale blue/green teapot with cold painted orange decoration in the style of the transfer pots.  This teapot, subsequently appeared in a dealer’s stock.  I have not had chance to view this pot to give any views about it’s genuineness but from its low-key origins it would seem to be a pot modified by one of the production line workers. 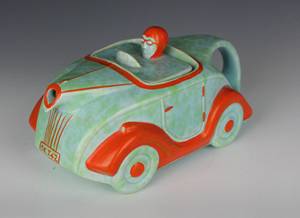 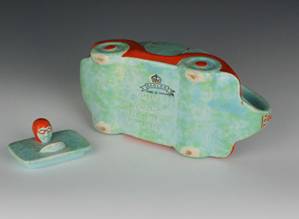