These transfer teapots are commonly known as Mabel Lucy Attwell teapots.  The transfer designs are very similar to her work but not by her hand. 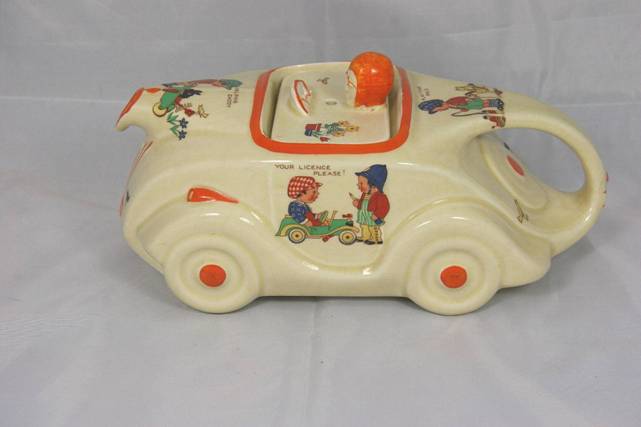 The transfers were not exclusive to Sadlers and here is a larger example of the same image ‘YOUR LICENCE PLEASE’ on a mug made by the Price & Kensington pottery. 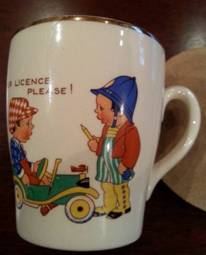 The smaller images are not titled and include

Some of the images are cut-down pieces of the main transfers.  In some cases the large transfers were cut in half as used on this lid. 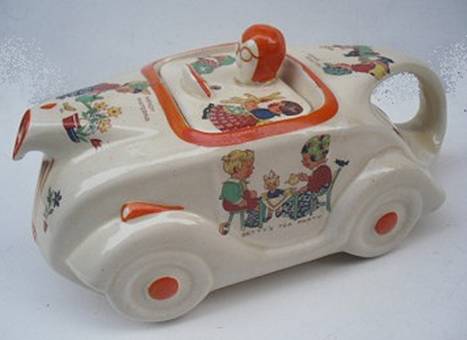 The transfers are under the clear glaze and the orange decoration is cold painted after firing.  The clear glaze was sometimes fairly thickly applied so these transfer teapots are often crazed.  The teapots have the same 5 hole strainers as the standard colourways.  All these teapots have the Registered Number indented mark on the underside.
Many years ago I purchased in auction what was described as a Mabel Lucy Attwell prototype for the transfer teapots.  This was signed above the rear offside mudguard by Mabel Lucy Attwell. 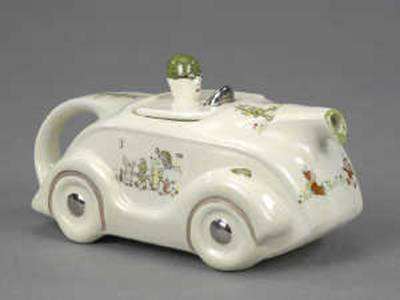 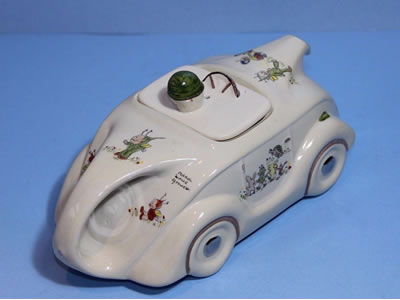 This was a forgery and was returned to the auctioneers with full refund of purchase.  The teapot was cold painted (not transfers) and was in fact on a post 1999 blank.